Creative Writing has been incredibly busy this past semester! ChiArts Literary and Art Magazine, Levitate Issue No. 3 is now available in five Chicago bookstores: Women & Children First, The Book Cellar, Roscoe Books, Volumes Bookcafé and Quimby’s. We hope you have a chance to visit and pick up a copy! As the scholar-artist editors share on their website, “The purpose of Levitate is to give voice to artists of various backgrounds, especially those who are aspiring, or new to the world of art and writing. We want to share experiences that will bring people together, celebrate the underrated, the overlooked, and artists who are excited and passionate about their work.”

Every year, our Creative Writing Conservatory continues to expand through new courses, faculty and innovative programming to engage the interests of every student at ChiArts. In addition to producing new Rapcademy evening showcases this year, the conservatory is thrilled to announce their first-ever writing festival, the Senior Lit Fest on Saturday, May 11. This all-day event consists of immersive presentations of original work throughout the ChiArts building by the 2019 graduating class of Creative Writers. More details to come! 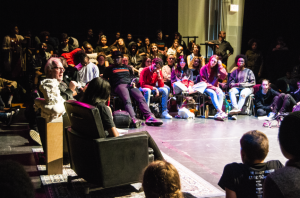 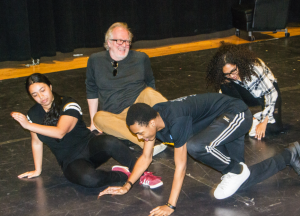 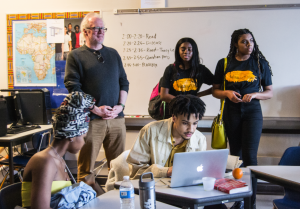 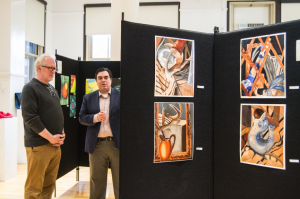 The first ChiArts showcase of the year was presented by the Creative Writing Conservatory! On September 15, scholar-artists from all grade levels performed works published in “ChiArts Writes Volume 3” in the Black Box Theatre. The night began with a celebratory reception provided by the parents of ChiArts and led into a sold-out reading featuring over 30 Creative Writing majors.

This annual publication includes all different types of literary genres and themes, from short stories to personal essays, and works ranging from surreal comedy to mental illness. Huge congratulations to Tina Boyer Brown, Kenyatta Rogers, Chris Lin, and the scholar-artists featured in “ChiArts Writes Volume 3” for producing a stellar and diverse book of work. If you would like to preorder a copy, email Department Assistant, Kenyatta Rogers.

This August, Illinois Humanities announced the first annual 2017 Gwendolyn Brooks Youth Poetry Award Winners. Out of the 260 entries that were received across the state, 19 young poets from kindergarten to 12th grade received awards and 25 students received honorable mentions. With ChiArts’ first class of Creative Writers graduating last May, we’re thrilled that Faith Moreno, Haley Cao, and Ruth Jones won for the sophomore, junior, and senior classes.

From 1970-2000, Gwendolyn Brooks hosted the statewide poetry awards and reviving the program was an initiative within the “Our Miss Brooks 100” collaboration. As a poet, feminist, activist, and the first African American woman to receive a Pulitzer Prize for Poetry, Miss Brooks is one of the most authentic and significant literary heroes not only in Chicago, but throughout the nation. Huge congratulations to Faith, Haley, and Ruth on receiving a 2017 Gwendolyn Brooks Youth Poetry Award for the following pieces:

On June 19, our Creative Writing Conservatory welcomed Tyehimba Jess for a presentation and reading of poetry from his 2017 Pulitzer Prize winning book, Olio.

The evening opened with current Creative Writers reciting original pieces, leading into an introduction of Tyehimba’s previous work and awards. Throughout the evening, Tyehimba presented his research on minstrel shows of the 19th century and the historical significance of the individual’s featured in his poetry. Audience members were completely fascinated with Tyehimba’s synergy of words and design within the book. Tyehimba’s poetry in Olio can be read in many different directions and at every reading, he improvises the order in which he reads. In response to a student question on the topic of African American minstrel performers, Tyehimba talked about the poetic value of their circumstances and the relevance to racism in our society today. ChiArts is grateful to Tyehimba for sharing his incredible work, creative process, and historical insight!

The Creative Writing Conservatory is thrilled to welcome Tyehimba Jess, a 2017 Pulitzer Prize Winner. On June 19 from 6:00-7:00 PM, a free public reading and talk will be hosted in the ChiArts Black Box Theatre. Jess’s book Olio won the 2017 Pulitzer Prize in Poetry. He is the 6th African American to have such an honor and does so during the year long celebration of Gwendolyn Brooks 100th birthday, who was the 1st African American to win the Pulitzer prize for her book Annie Allen in 1950. Please join us for this special event.